5 Tips if your behind on your Bills

It happens to most people at some point in their lives, whether it’s because of our busy lives, an emergency, a loss of a job, or just mismanaging expenses, but we all fall behind on our bills at one point or another. While its not a great situation to be in, it’s also a situation that can be repaired with a little work.

Some of the consequences you may experience if you are behind on your bills is a reduction in your credit lines, a decrease in your credit score, higher interest rates and late fees as well as associated with missed payments. Additionally, going forward, because your missed has caused your credit score to drop you’ll likely receive higher interest rates on any loans that you take out afterwards. Also, any overdue payments or missed payments stay on your record for 7 years. With that said, there are a few steps that you can do to help get you in a better position once that does occur. Also if your not behind on your bills, Tips 1 and 5 are helpful to every individual.

If you don’t have one already, you’ll need to make one. Every company has a budget, they know how much cash they have, how much money they expect to bring in and what their expenses are and while you’re not a corporation, you should have a budget, you should know all your expenses and where your money is going every money.

When building your budget, you want to write enter all your bills, all your monthly payments that you make. You also want to include your monthly income, that way you can added up with you spend and be able to compare it to the income you bring you. Microsoft Excel is a great tool to make your budget in, it will also allow you to add up monthly expenses. Also, in the budget you may want to include a field where you can put the bill due date in there as well.

Depending on how you pay your bills, whether it is through an online bill pay system or the old-fashioned way by writing out and mailing a check there are a couple steps you can take to be better organized when it comes to making sure your bills are paid on time.  One easy thing you can do is write the due day on the outside envelope of your bill, when its due and how much you expect to pay that month. You also want to keep the bills in an area that are visible to you, where you will see them on a daily basis, which will help you to remember to make the payment.

Additionally, you may want to setup an online bill payment method through your bank. Many banks now offer free bill pay services, you can add your creditor to the system and have them paid on time. Also some credit cards offer the ability to have the minimum payment paid on the due day if a check/payment is not received before then. You want to take advantage of those opportunities when you can in order to avoid the missed bills that you forget or overlook.

If you were accessed a late fee because of missing last month’s bill or had your interest rate go up, you want to call the company and ask if they would be willing to make a onetime exception and remove the late fee and or interest rate hike. Many companies will remove the fee, especially if its your first or second time being behind on your payments. While having the late fee removed will not remove it from your credit record as a delinquent payment, but it will help reducing the balance which increased due to the missed payment. One addition tip, is that you want to call early. The sooner the better in terms of having the creditor reverse the charges.

Depending on your situation, how far behind on your bills you are, how many bills your behind on. If your behind on many bills, and it doesn’t look like you’ll get caught up over the next month or two, then you may want to contact the creditors to work out a payment plan. They would rather work with you directly, then have to deal with you in bankruptcy court. You can also try to see if they would be willing to given you an extension or would be willing to roll the missed payment on to the back end of your loan.

While falling behind on your bills is stressful and not very pleasant situation to be in, it is also not the end of the world.  First thing you want to identify the problem, find out how much your behind and to whom, trying to work with the creditors to either get an extension or work out a payment plan and once you get caught up, then its about putting you in a position so that you don’t go through that again by building an emergency fund, and having a budget. Little things like that will go a long way in the future to so your not in the same position again. 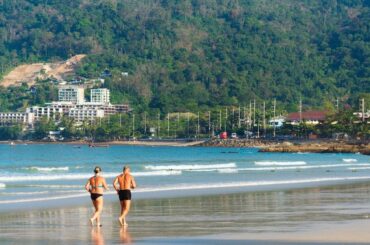 Saving for Retirement or Paying off Student Debt?